In practice, today, housing market analysis is an example of applied urban economics.

The general techniques can trace their roots to standard HUD-FHA techniques of housing market analysis correlating changes in employment, people, households, and housing units typically at the county level. Migration by age group is factored into the calculations for each market. These "Techniques" were first published by HUD-FHA more than 40 years ago, just about the time that "urabn economics" as a discipline was in its infancy.

For a modern statement of the theory behind housing market analysis, as practiced by URBEK, see "Urban Economics" by Arthur O'Sullivan, Eighth Edition, in particular the chapter titled: Why Housing Is Different?

Following this tradition, detailed demand estimates by sales price and rent levels in a particular local market are available from URBEK. Sub-county estimates by URBEK are typically based on a drive-time analysis or a group of zip codes, and are derived from county control totals. The housing requirements of seniors are calculated as a specialized segment of the overall housing market. As a result, the demand estimates for the general sales market, the general rental market, and the various seniors segments are internally consistent.

The micro economics used by URBEK can be traced to "Intermediate Micro Economics" by Hal Varian, Seventh Edition. The "Varian" text is among the few micro ecomomic text books with many examples relating economic theory to discrete goods such as housing. See "Varian" Chapter One; Chapter Six, page 108 on the demand "curve" for discrete goods; and in particular, Chapter Twenty-five, Figure 25.1 showing a reservation price model of the demand for discrete goods which can be adapted to seniors's housing markets.

The seniors housing market itself is extremely difficult to analyze from one market to another. For the best theoretical context see Jeffrey Perloff, "Microeconomics, Theory and Applications" Chapter 13 on oligopoly and monopolistic competition, especially sections 13.3 and 13.8. In 13.8, just substitute competing seniors housing developments in the example and you have a pretty good picture of the typical seniors market setting locally. 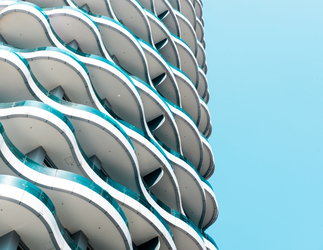