A Note on Revealed Preferences in Seniors Housing 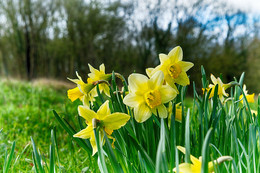 The first residents of a seniors housing development, let’s call them the “Founders”, may reveal unique characteristics of the building itself. Typically, initial rents for a new building would be based on rents per square foot of similar buildings in the market and cost. But “Founders” have a first choice of units and may reveal preferences as to particular units within the building. These choices or preferences become lost as the development fills and trends toward sustaining occupancy. Capturing initial data on the preferences revealed by Founders may provide a guide to setting prices as various units turn over in subsequent years.

For a particular unit, a view (or lack of) is an obvious consideration for most prospects, but there are other considerations, such as natural light, noise, and ventilation. Some units may receive mostly morning light, others afternoon light. Building design might have very private balconies as well as balconies that overlook bustling streets. Corner units may have better air circulation, yet most site locations will have prevailing winds that also affect unit air circulation. What is often forgotten is that the first residents are typically "local"! They know these peculiarities. They will be able to select the unit that most closely matches their bundle of preferences.

Operators may misprice units, initially, without some sense of these variations. In short, tracking rents during the first year of occupancy may provide a guide to adjusting rents as second generation occupants move in. A two-story rectangular building with a central courtyard, for example, might offer units with north, south, and courtyard views, plus ground level and second level ... often 50 to 75 choices, initially.

If we narrow the population age group to 75 and over, we find that nationally, over a five-year period, about 60 percent of the movers occur within the same county. But first- year rent-up for an assisted living development could easily experience 85 to 90 percent local prospects.

The traditional approach to initially pricing units based on rent comparisons in the market and cost, simply does not capture the full range of options for these first residents. Unlike a focus group, these residents are spending money and revealing preferences! URBEK estimates initial rents based on current income levels of individuals and couples in the primary market, ability to pay, and a drive analysis that collectively captures a household profile living near the site.

In comparatively high-income markets, tracking the choices made by Founders increases the chances of adjusting rents as normal turnover occurs. Asking the first residents “What were the key features in your choice of this unit?” would capture these preferences.