A Note On Meals 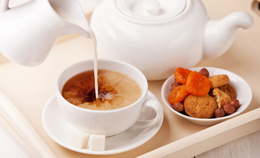 In the past 25 years, three “sit-down” meals a day in rental independent living developments have given-way to “Any-time Dining”. Some operators offer only two meals a day as part of the basic rent, others one meal a day or 30 meals a month with an option for more meals. Entrance fee independent living developments now routinely include a 30 or even 20 meals a month option as part of their monthly fee. There are several reasons for this trend toward broader choice.

First, the incomes and wealth of seniors have risen dramatically. Seniors today are among the “better-off” segments of the population. Typically, as incomes rise all households – including seniors – spend more (dollars) on food in general, and in particular, food away from home. They buy better quality, and they dine-out more frequently. These spending patterns are well documented in annual expenditure data from the Bureau of Labor Statistics.

Second, high quality prepared food is far more readily available today than two decades ago. Seniors can now purchase high quality, well-balanced meals requiring only minimal preparation. Almost all local grocery stores and most major grocery chains have a wide range of prepared food – salad/soup bars, cold and hot deli entrees and side dishes, as well as frozen choices. Furthermore, most restaurants have “to-go” offerings. There are many more options for dining at home than just the “pop-tarts” and “TV dinners” of yester-year.

These two trends mean that seniors today can live more independently longer. In fact, where to eat, what to eat, and when to eat are at the heart of the definition of being independent. Giving up these choices is extremely difficult for many seniors, especially the more active seniors. Having someone else prepare a meal in a seniors development is the first admission that one is not as independent as before. Although many seniors housing operators view a three meal/day package as an attraction or selling point, there are a large proportion of seniors who view a three meal/day requirement as limiting their flexibility. Meal requirements are a “negative” to those seniors housing prospects no matter how well the meals are prepared or presented.

Offer three meals a day today and you are most likely to attract someone in their 80’s, someone who is semi-independent and or frail. In short, the meal program sends a strong signal to any prospective resident about just who you are marketing to, and who the current residents are likely to be. As you “dial-back” the meal offerings, you will attract a younger crowd. The best starting point for the next wave of independent living residents is a “one-meal a day” or 30 meals a month program, and a second person charge that amounts to roughly the same cost. If you dial back the meals to zero, as in an active adult rental development, the median age at entrance would be in the low 70’s and the “core” group is age 65 to 74. In short “You cannot attract 65 to 74 year old households with meals”.