A Note On Demand Calculations To Avoid 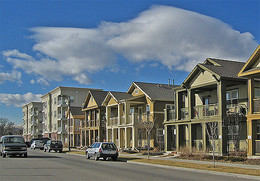 Prior to the introduction of the American Community Survey (ACS) by the Census Bureau, sample data was collected at the same time as the Decennial Census. For example, the sample data questionnaire for the 2000 Decennial Census covered the 15 months prior to the April 1, 2000 survey date. However, the 2010 Decennial Census did not include this one time sample survey. In its place, a rolling five year survey, covering the five years prior to the 2010 Census was substituted. Today, all of the major private sector demographic firms offering population estimates and forecasts now incorporate sample results from the ACS. Two popular seniors housing demand calculations are affected by this change.

1. A pattern of changing occupancy during the forecast period is now “embedded” in the sample data. Prior to 2010, it made sense to “allow” or “adjust” for age 75+ homeowners selling their home, and using proceeds to increase their income perhaps to buy or rent some other residence. But a rolling 60 month survey continually picks up on movers in the market, so this phenomenon is “captured” by the five-year ACS. There is no way of knowing the exact effect in a particular market, but any upward adjustment arbitrarily boosts demand. This calculation should now be avoided.

2. The income of householders age 75+ includes every member of the household. But the Great Recession may have increased the number of extended families among this and other age groups, thus creating some very high income older households. Today, many age 75+ home owner households (and some renter households) include more than two persons. In rapidly growing markets with limited new housing construction, there may well be a grandson or daughter living with grandparents. This phenomenon is picked up the HUD Special Income Tabulations which show household size and tenure for all counties. There is a direct statistical link between the HUD data and the ACS by way of B25116 in the five-year ACS.  The simplest way to make an adjustment for this consideration is to focus on the one and two person income distributions and be careful to avoid using “total” households age 75+.  (A sub-county adjustment can be made by using the ratio of the median income, submarket to county.)