A Note On Top-Down Bottom-Up Demographics 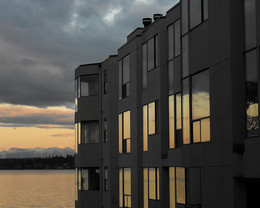 If you need a consistent set of demographics from the U.S. to a neighborhood, then you probably use one of the major private sector demographic providers such as CLARITAS, EXPERIAN, ESRI, or perhaps another. Typically, these firms use what is called a top-down, bottom up methodology. Where do they connect? And how are these two different approaches reconciled?

Regardless of the details behind these calculations, all these firms are using the decennial census, recent U. S. Census Bureau population estimates, and American Community Survey sample data results as inputs. The “current” year estimate from these firms is unlikely to differ too greatly from the most recent Census Bureau population estimates which provide consistent top-down results at the national, state, and county level each year. These estimates become “control” totals for the “bottom-up” current year estimates, and the basis for projections marketed by the private sector firms. Except for the U. S. total, the Census Bureau does not prepare comparable top-down forecasts, nor any bottom-up projections. Enter the major demographics firms!

For the base line decennial census, the smallest geographical unit is a census block. A block is bounded on all sides by visible features (such as streets, streams, or tracks) or invisible features such as property lines or political boundaries. The typical census block has fewer than 100 people. Most importantly, the census block is in reality an “address list”. The decennial census is a 100 population percent count of the residents in these structures. There is no sample data associated the census block. The Census Bureau maintains this national address data base, updating the list multiple times during any 12-month period.

Block groups are contiguous blocks with total population counts ranging from several hundred to several thousand depending mostly on urban density. Block groups show a breakout of population by age and sex. This breakout for the 100 percent decennial census makes it possible to apply a cohort survival methodology. Sample data is also included at the block group level. Bottom-up demographics starts at the block group level.

Block groups aggregate to census tracts. Census tracts aggregate to counties. The bottom-up calculations meet the top-down control totals at the county level and the results must be reconciled. This process sounds somewhat intimidating, but you can work though it yourself if you choose a small county with little or no population growth since 2010.