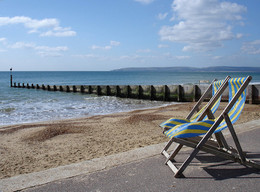 Why 1987? Because in 1987 the Federal government stopped funding intermediate care facilities. Who were the residents and what did the physical structures look like? Typically, these residents required personal care: mostly a mixture of frail (3+ ADL’s) and/or cognitively impaired seniors age 75 and over. The physical structures typically were one story buildings. Nursing homes providing skilled care with both long term care residents and short-stay Medicare residents continued with Federal support. The physical plant for long term care (5+ ADL’s) was virtually the same as for intermediate care – one story structures. In the first few years after the 1987 change, most states simply changed the name on the intermediate care buildings to perhaps “residential care” and continued funding until they could adjust their budgets. This was no small task.

Each state was forced to fund these “new” residential care facilities using state money, and search for lower cost care alternatives such as: home health; relaxing regulations related to “residential care” (think two-story buildings); and re-thinking the role of small adult family homes (potentially allowing for their expansion). In the early 1990’s, about five years after the Federal government exited the personal care market, a new concept – assisted living – rolled into the mix. By 2010, these alternatives have played-out differently in each state. The “assisted living” concept itself continued to evolve, largely because providers quickly learned that higher income residents were not particularly attracted to the one-size-fits-all assisted living (think studio units).

Throughout the 1990’s, state budgets, the nursing home political environment in each state, and local building codes resulted in a wide mix of product types serving the same resident group – persons age 75 and over with 3+ADL’s and/or those with early and middle-stage memory impairment. Simply allowing residential care to be two-story introduces local fire and safety issues in addition to the acceptability of having cognitively impaired individuals on the second floor (or higher) such as in a Sunrise-type building. Today, licensing requirements for residential care now vary significantly from state to state. Some buildings are counted as group quarters, some as households, and without looking directly at the block level detailed 2010 Decennial Census, you would have no idea which way these buildings were counted.

Thirty years after the Federal government exited the intermediate care market, this segment is now served by a wide variety of physical plants in nearly every local market. And if you are only using household income data, you may be subtracting too much personal care supply and thus “miss” a market opportunity. But keep in mind, household income includes income from all the persons in the household. For example, all of the income of five unrelated elderly individuals in an adult family home is reported as income for a five-person household.

Over the past 40 years, the personal care choices have increased, but these choices vary dramatically from state-to state.